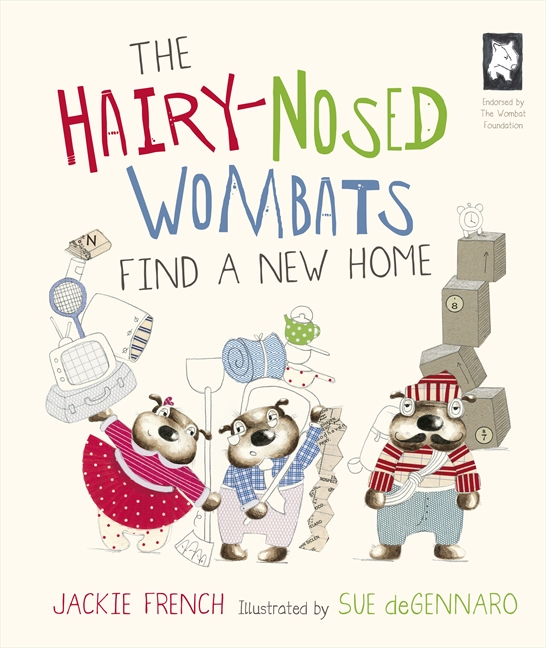 Released just in time for Hairy-Nosed Wombat Day on May 11 here is a tale about the endangered, almost extinct, wombats finding a new home.  These furry creatures have been painted in water colours and dressed by using collage featuring bits of paper collected by the illustrator.  The book starts off by questioning what would happen if the habitat of these animals was lost or destroyed and then asks through pictures and words where would they find a new home.  It is all a bit of an adventure for these wombats as they pack up and leave their old abode and set off on a new journey.  There is lots of movement throughout the book with the illustrator offering different perspectives on each double page spread, but these cuddly wombats show their personalities through their very expressive eyes, so that each one is not only dressed uniquely but takes on a particular persona.  For the older reader it might be better to go to the back and read first what the author has to say about loss of habitat and indeed loss of the wombat itself.  For the younger reader or listener the problems can be explained as the story unfolds.  Here is not only a delightfully comical tale but also a vitally important message that should not be untold or lost.  Age: 4+ years but even a salutary story for the adult.  John Cohen