Edited by Margaret Hamilton and read at Lilith’s funeral, 3 January 2018

Each of us gathered here today to pay tribute to Lilith Norman would have appreciated her tremendous skill as a writer and her contribution to Australian children’s literature. She rode on the crest of the wave formed by two authors in particular, Ivan Southall and Patricia Wrightson. They both followed earlier acclaimed writers of family stories like Ethel Turner and Mary Grant Bruce, but it was their innovative writings that helped establish modern Australian children’s literature. 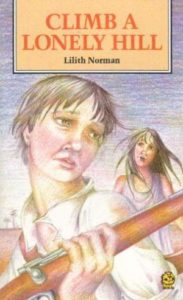 This is not the time or place for an analysis of Lilith’s impressive and versatile literary output. But I have a feeling that she would have liked it to be acknowledged. Following her first book Climb a Lonely Hill, she was to author some nine works of fiction that include fantasies like The Flame Takers (1973) and A Dream of Seas (1978); comedic family stories such as My Simple Little Brother (1979) and The Laurel and Hardy Kids (1989); as well as the text for three handsomely illustrated picture books The Paddock (1992) with Robert Roennfeldt that confirms Lilith’s self-expressed deep love of the earth itself; then Aphanasy (1994) and The Beetle (1995) both adapted from original stories and gloriously illustrated by Maxim Svetlanov and demonstrating the Lilith’s ability to work economically with words. Finally Lilith gave us the tender story Grandpa (1999) illustrated by her colleague from the School Magazine days, Noela Young. Her literary skills put her among the top ranking Australian writers for children. An unpublished manuscript The Imp and the Holy Man reveals spiritual depths that are more subterranean in her published novels, but have often been glimpsed by those who knew the ‘real’ Lilith. 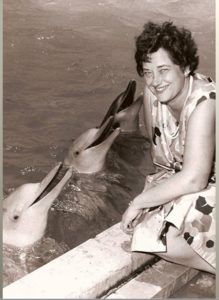 The ‘real’ Lilith could be ferocious, especially when she was hospitalized at Longueville Private Hospital before being moved to the Caroline Chisholm Nursing Home. I was able to visit her frequently in that period and I observed her giving the staff and even her visitors, hell. As another friend put it she was at that time ‘high maintenance’.

She could, however, in her heyday be extremely firm without giving offence. There is the famous incident when, as Editor of the NSW School Magazine, she published an article by a contributor in 1977 under the column ‘You be the Judge’. It made the point that some people have suggested that marijuana may be no more harmful than alcohol. This caused a storm; the magazine was pulped and Lilith and the writer were suspended. Over this incident Lilith wrote a dignified and extremely well-worded defense at quite some length that drew support from even some of the hierarchy at the Department of Education: I sympathise with the tone of your stout assertion in the face of endless, often mindless, sniping and griping. May your shoulders remain broad and your teeth sharp.

Those teeth were to remain sharp, but Lilith’s bark was worse than her bite as I was to discover as our friendship flourished. In 1994 Lilith gave the address at the CBCA Lady Cutler Awards Dinner. She had been reading numerous books in search of a few that could be recommended in the School Magazine. She had recently been a judge for the CBCA Book of the Year Awards, so had whittled the list down to about 90 books for close analysis. After briefly talking about her own reading and the development of children’s literature, she outlined what she looked for in quality children’s books. She knew exactly what her criteria were; but here is a taste: I think very few spoke straight to the heart. Very few had any subtlety. Very few were ‘onion’ books with layer after layer to be peeled off and be discovered on each reading. So many were up front ‘in your face’ books. 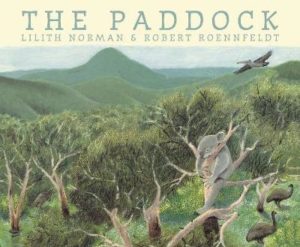 Every judge and every reviewer of children’s books should have to read Lilith’s pronouncements before going into print. I believe she has been one of the best critics of children’s literature that Australia has produced.

In that 1994 Lady Cutler Address, among a number of astringent comments she asserted that she found in the children’s books of that period ‘a faint, sulphurous whiff of victimology. Heroes were the fault of life’s dirty deal.

Well, tough! Life is full of dirty deals for most of us, and all we can do is pick ourselves up and plod on as best we can. If we sit around whingeing and blaming fate or life we diminish ourselves and our own humanity.

But before all that, when Lilith went to live at Waverley she completed her secondary schooling at Sydney Girls’ High School. She was happy there and there began her writing career. At fifteen she won a short story writing competition and at nineteen she won a place in a Sydney Morning Herald poetry competition. She knew at that point that she wanted to be a writer.

She often spoke of her years at Sydney Girls’ High, so kept in touch, by attending reunions, and in 1983 wrote the school’s centenary history: The Brown and the Yellow: Sydney Girls’ High School 1883-1983. She would mention this publication with pride. Underneath the larrikin who was happy to shock, there was a pervasive gentility.

Before her career proper, came travel: London and Europe; and like so many young Australians of that period Lilith had a succession of work experiences. For her own entry in the St James Guide to Children’s Literature (5th ed. 1995) she outlined her varied career as Library Assistant, Newtown Library (1947-9); Telephonist at the Bonnington Hotel in London (1950-1); Sales Assistant, Angus & Robertson, Sydney (1952-3); Nurse Balmain District Hospital (1953-1956); Library Assistant (1956-58); Research Officer (1958-66); Children’s Librarian (1966-70); Assistant Editor NSW School Magazine, then Editor (1976-78) Freelance Writer after 1978. What Lilith didn’t mention in this entry was that at The School Magazine she worked closely with Patricia Wrightson who undoubtedly encouraged and influenced Lilith in her thinking and literary aspirations.

The varied career after school with a move about every two years indicates a search within herself for stability and self-satisfaction. She was to read widely both fiction and non-fiction; develop a passion for old black and white films, becoming a film buff as well as a music aficionado. She was a cultured lady with a broad outlook and wide artistic interests. At the same time she could make her point with vehemence, just as she stated all her views whether it be about books, plays or films. She was an ardent film critic and knew exactly what she liked and why. Back in the 90s I spent a weekend with Lilith and her friend and editor, Anne Ingram, where we were part of a panel of literary folk. As always on such occasions Lilith pulled no punches as to what she thought. Having done our bit, the three of us — I was the driver — enjoyed a breakfast of lamb’s fry and bacon. As we left the table Lilith said, ‘We’ve had enough: come on Let’s go!’ And we did. She was the boss.

She also knew herself well, and in several publications she wrote gratefully of how she was drawn into writing for children, how the scope of her novels developed and her artistic philosophy:

‘These (award-winning books of real merit) were the books I wanted to write. I was lucky, for as well as being the most rewarding and personal form of writing, it was one of the most disciplined. And I believe discipline is the forgotten word of our times. Discipline in writing, to me, means honing your style, your rhythm, and most of all your own thinking . . . I like to write about ordinary children trying to cope, for I believe that most of us can cope with whatever is thrown at us, if we really have to —otherwise we’d all be living in caves still’.

I firmly believe that Lilith Norman did discover her own dream of being not only a successful writer, but one of great depth. She understood herself far too well. The tragedy of her life is that eventually her body betrayed her. It is one of life’s ironies that this strong-minded, strong-bodied woman was struck down in both body and mind in the last years of her life. She could be dismissive, crotchety and blunt. Her will was of iron, but it was being hammered. That she held out so long is because of her tenacity of purpose and the depths of her self-understanding. She believed that true literature offers readers hope. I am sure that hope sustained her until her body simply wore out.

Perhaps it would not be an outrage to suggest as an epitaph the closing lines of E B White’s Charlotte’s Web in that Lilith herself once quoted it to me in another context. It is not often that someone comes along who is a true friend and a good writer. Charlotte was both. Like Charlotte, Lilith ‘was in a class by herself’.