I never set out to write a book about monsters, they just happened to became one of the fun aspects of The Scared Book. As monsters are a common childhood fear, it made sense for the book to be scared of them as well. The publisher, Suzanne O’Sullivan, illustrator, Kim Siew and myself were keen to create the perfect tonal balance for the monsters in the book – we didn’t want to frighten children, but rather have them see that the book’s fears were ill-founded. In fact, some of these monsters are scared of the reader! But the thing I didn’t realise when creating the book, was the magical potential of monsters – until I ran a competition to coincide with the launch of The Scared Book. 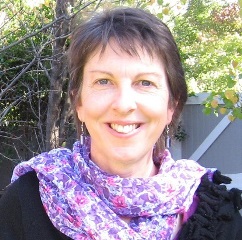 The competition asked children to draw or make a unique monster and send me a photo, along with the monster’s name and what it likes to do. I had over 200 entries. Some school libraries were inundated with students drawing at lunch time, other students did their drawings quietly at home over several days. Judging from the entries, all had fun! There were so many weird and wonderful, colourful, scary, funny, bizarre monsters, it was so hard to choose a winner. Some were political and satirical (Donald Trump Slime Monster), others referenced popular culture (Catzilla; pineapple minions), and some embodied great stories. What amazed me? They were all entirely unique and imaginative – and kids relished the opportunity to create! You can see some of the entries on my blog. 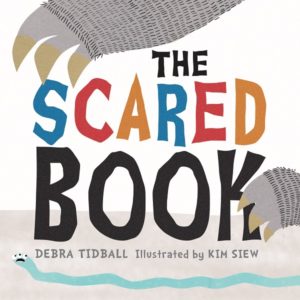 I was delighted to discover that the same dynamic applies when presenting writing workshops. As each student develops their own unique monster character, drawing them, layering personality, interviewing them, and writing about them, the student’s imaginations are freed, and laughter and learning go hand in hand – what better way to assimilate principles of crafting story and narrative elements?!

So what’s the magic? I think monsters unlock creativity without judgement. There is no right and wrong. Mistakes can easily be turned into assets and imaginations can take flight without restraint. They allow expression of individuality. Monsters, it would appear, are creatively expressive and freeing.

An innovative arts organistion based in the USA has found a similar thing. Artists from around the world recreate kids’ monster drawings according to their own style, aiming to ‘help children recognise the power of their imaginations and encourage them to pursue their creative potential.’ You can see their amazing monsters on their website.

So instead of fearing monsters, let’s embrace them and watch the magic happen – it’s time to let out those inner monsters!