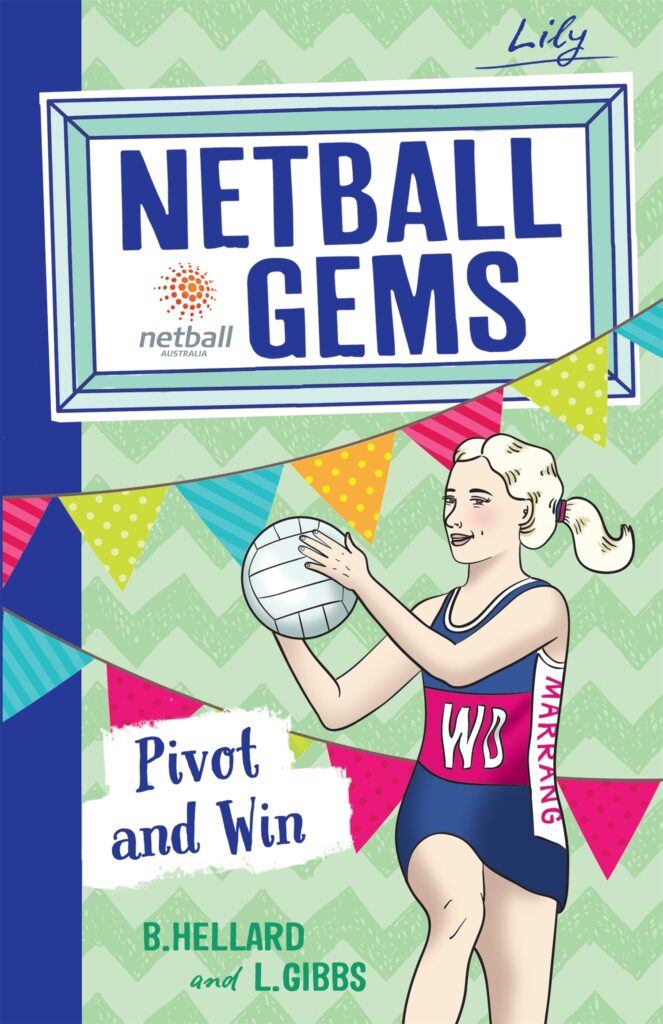 Pivot and Win is the third book in the Netball Gems series, while Defend to the End is the fourth. The eight books in the Netball Gems series were written in partnership with Netball Australia. Each book focuses on a player in the Marrang Club’s under 13 team, the Marrang Gems. Pivot and Win is about Lily who is concerned she will never be tall enough to be a professional netball player, while Defend to the End focuses on Maia’s social and netball skills transition from New Zealand to Australia.

Netball Gems is clearly written for junior netball players, however non-netballers could also take some relevant life lessons away from these books. As with a lot of junior fiction series, they are formulaic, and it’s a fair bet that the team, and individual player, will overcome their ‘issue’ and help their team win the game. Having said that, there is also enough difference in the issues tackled to keep readers interested.  Aspiring netball players will like the netball tips and training drills included at the end of each book, as well as the player profiles. The game and its nuances are explained well enough that non-netballers, such as myself, are not left behind. Macinnes’s illustrations are sparsely interspersed throughout the books, and provide welcome visual clues about netball, the characters and storyline.