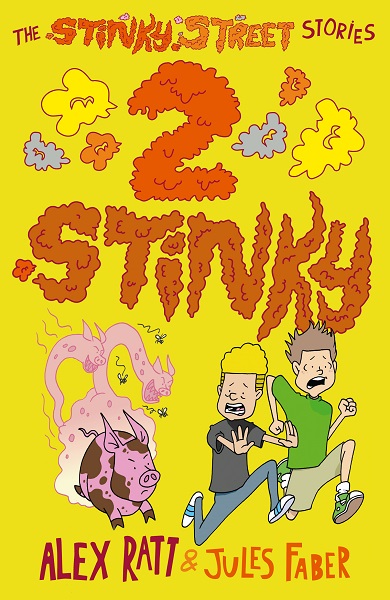 2 Stinky is the second instalment in a hilarious series for chapter book readers. The four stories in this volume comprise a collection of stink-stacked adventures for younger readers. All four stories feature the same two protagonists – Brian the brain and his rather clueless friend, Nerf – who face terrors such as bog monsters, a House of Horrors, the exotic excrement of zoo animals, and a strange-smelling swamp.

A highlight was the third story, in which Brian and Nerf become zookeepers for the day, only to discover, as they chase a monkey around the zoo, that they have become a magnet for animal droppings: including mushy rhino poo, cheetah’s pellets, bat guano and the mountainous excrement of elephants. To complete their education, they also learn that wombats do cube-shaped poos!