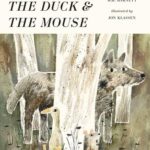 The Wolf, the Duck and the Mouse – Mac Barnett and Jon Klassen

I loved this latest release from Barnett and Klassen. They’ve really mastered the subversive picture book story that seems to be so hot at the moment. Love the beginning…”Early one morning, a mouse met a wolf, (page turn) and he was quickly gobbled up.” And so it goes. 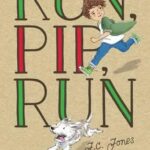 This was an enjoyable, page-turner and I really liked the feisty, independent character Pip. I also loved the animal cameos – the clever cat and the lovable dog. And while it covered some heavy terrain – youth homelessness – it never felt heavy or preachy. 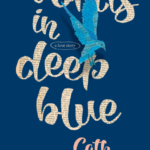 This was one of those rare books that I had to force myself to slow down reading because I loved it so much I never wanted it to end! As other reviewers have said – a bibliophile’s paradise! A book about the most heavenly sounding bookshop and the super-cool letter library where people leave each other letters in the pages of their favourite books. But of course, it was about more than that – it was mostly about love, moving on from terrible grief (or learning to live with it) and (in the tradition of all great YA) finding yourself. Highly recommended. 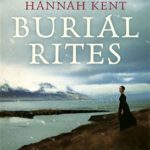 Wow – I picked this up as a break from my usual children’s lit stash – and it was brilliant! I’d heard good things about this book that covers the life and death of Agnes in Iceland during the 1800s and I wasn’t disappointed. This was such a beautifully told story and the relationships were incredibly complex and moving. A great use of landscape – particularly the harsh winter – as character. Highly recommended reading! 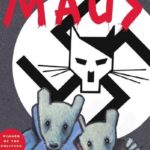 This graphic novel/memoir by Art Spiegelman won the Pulitzer Prize. It’s an excruciatingly honest and frank account of Spiegelman’s experience of his father’s continuing trauma at being a holocaust survivor. The book depicts Jews as mice, Nazis as cats, the Poles as pigs and Americans as dogs. It’s told in ‘real time’ as Spiegelman interviews his father about his war-time experience and then flips into flashback showing what happened. The thing I loved about this book was the complex relationship between Spiegelman and his father. There was love certainly but also intense frustration and guilt. The graphic novel format made it a deceptively easy read but the truths within have lingered in my mind. 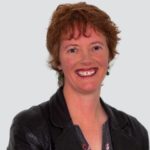 Heather is an award winning children’s author and journalist. Her books for children include Ferret on the Loose (2013) and Happy Pants – Why is mummy so sad? (2014). The latter was recognised as a recommended title in the Australian Family Therapists literature awards, 2015. Her writing for children has also appeared in Pearson Education’s Explore and Challenge magazines and The Sunday Age. She has worked for many years as a journalist with her work appearing in The Age, The Big Issue and the Victorian Writer.